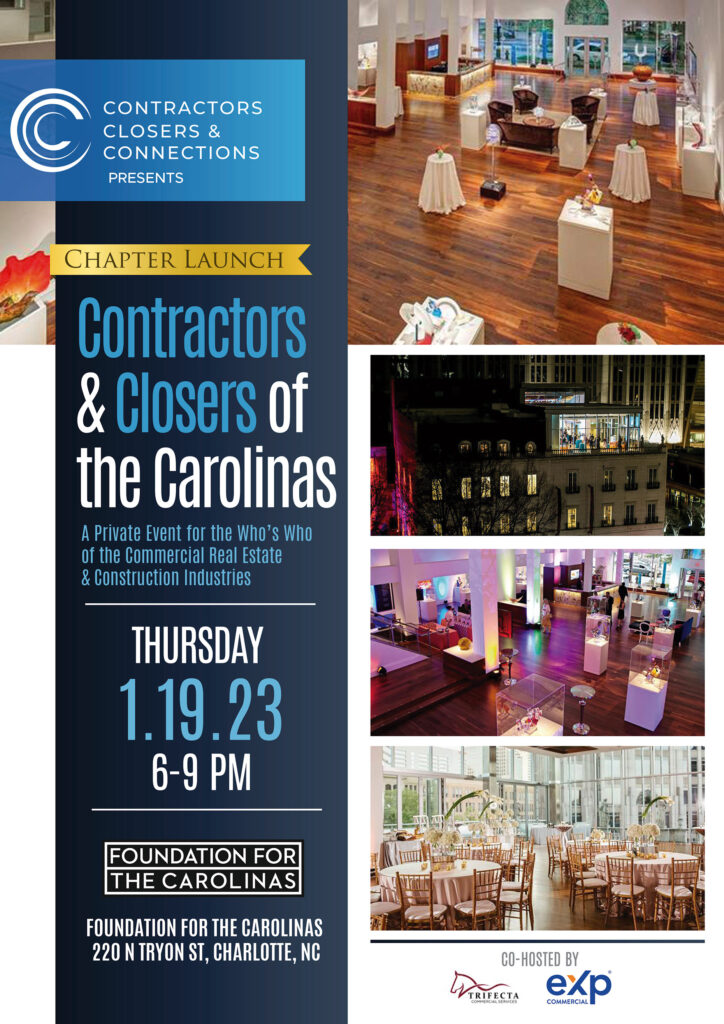 We’re looking forward to hosting our Chapter Launch of Contractors, Closers & Connections (CCC) of Charlotte on January 19th at The Foundation For The Carolinas co-hosted by eXp Commercial & Trifecta Commercial Services!

CCC Charlotte is the 8th national Chapter of CCC to officially be released, and the brand is rapidly expanding into new primary markets year after year.

This will be a phenomenal after-hours social amongst the most influential firms throughout the industries at a high-energy environment to include top-shelf spirits and professionally catered appetizers.

Christopher Maier, The President & Founder of CCC, will be flying in from Atlanta to kick us off, who is also a representative of EV HOTEL, the world’s first boutique hospitality and technology-driven hotel incorporating crypto currencies and NFT’s into the design.

A portion of ticket proceeds will be donated to a local 501c3 charity.

Let’s make history together on January 19th and set this movement in the Commercial Real Estate & Construction industries in motion! 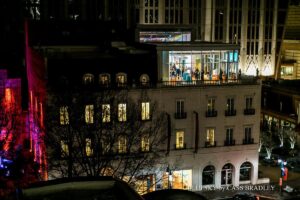 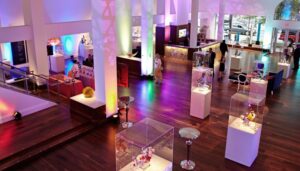 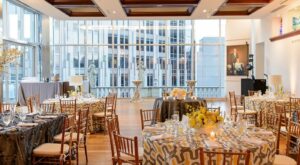 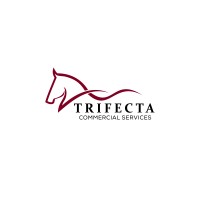